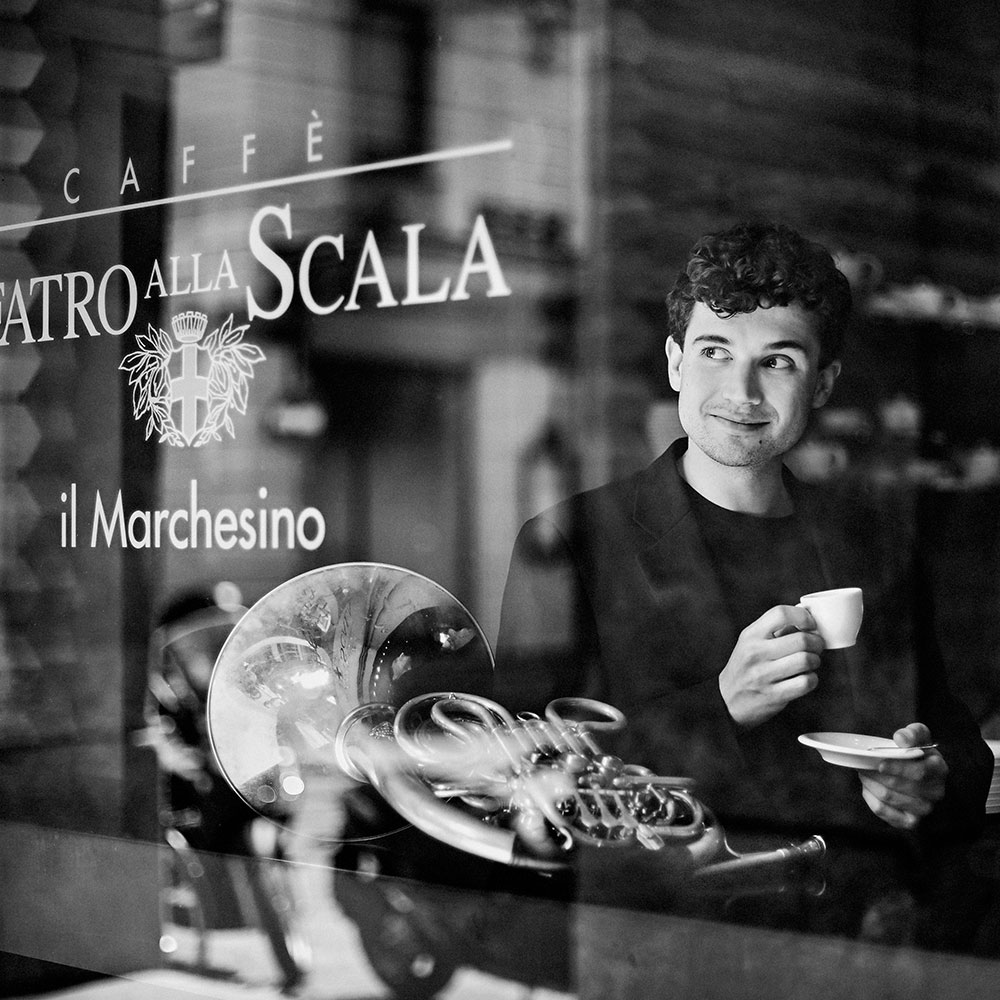 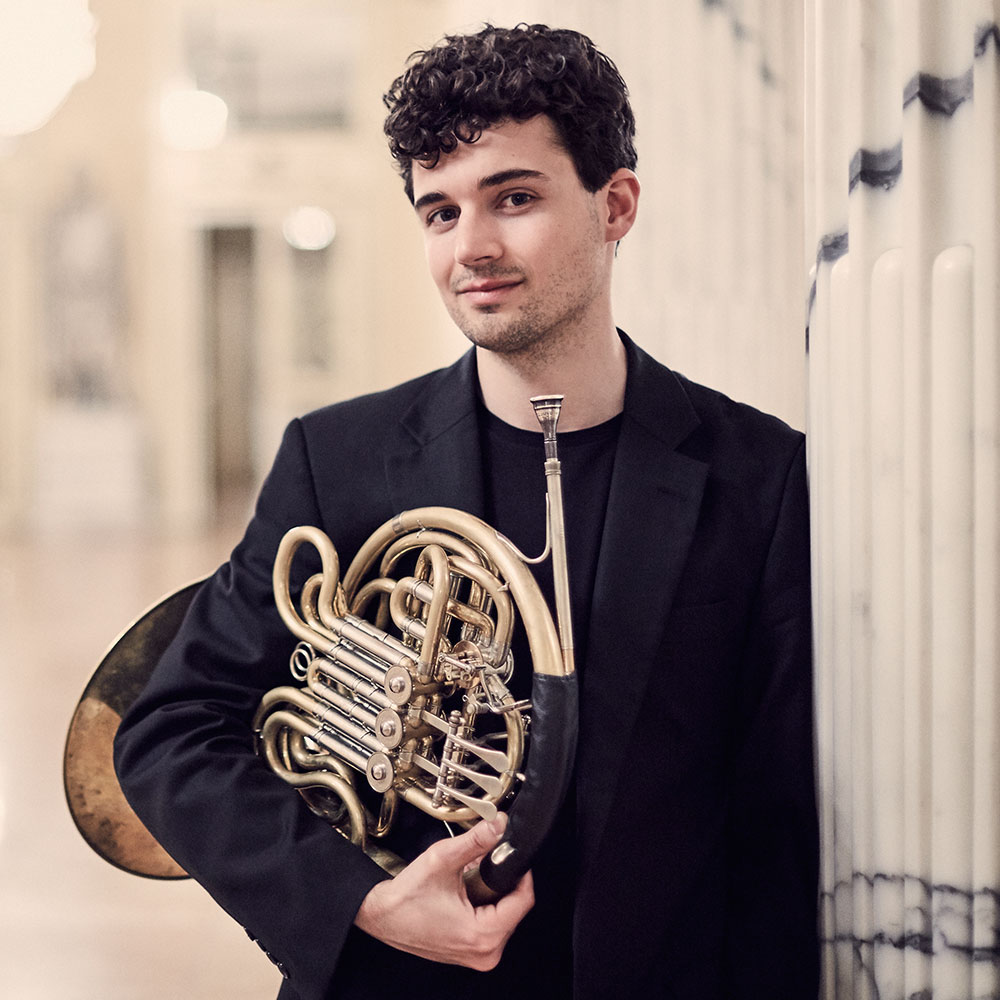 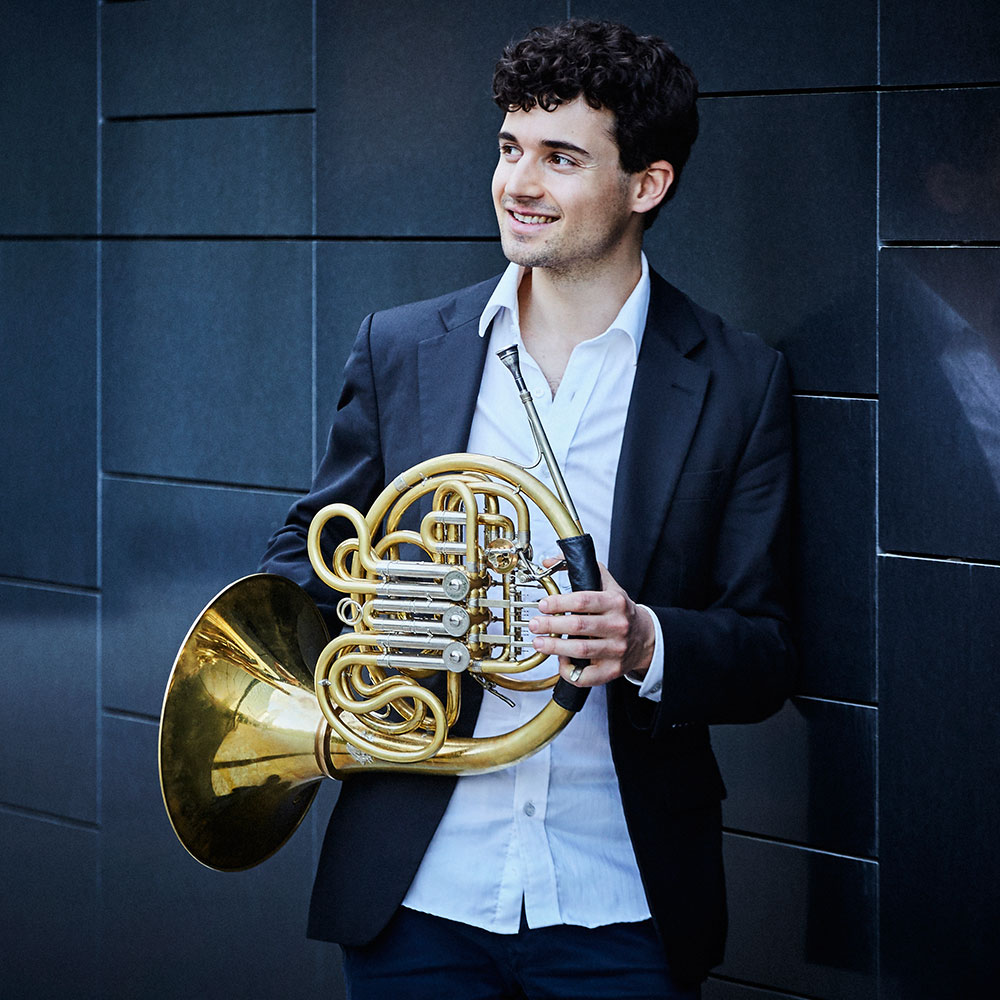 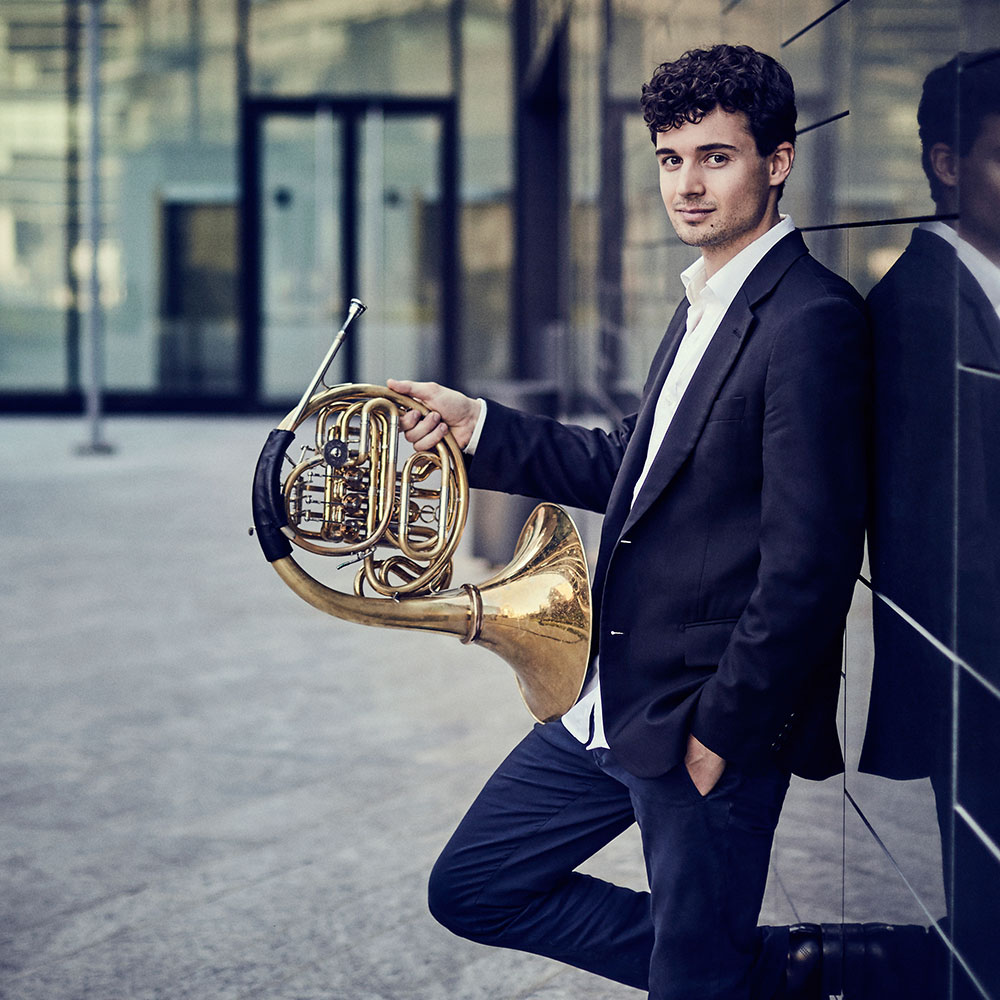 Born in Oviedo in 1986, Jorge Monte de Fez is Principal Horn at the Orquesta Sinfónica de Madrid (Teatro Real, Madrid), and professor at the prestigious Conservatorio della Svizzera italiana in Lugano, Switzerland. From 2013 to 2020 he was principal horn at the Orchestra from Teatro alla Scala in Milan and the Orchestra della Filarmonica della Scala. Also he took part as a member, from 2010 to 2015, of the West-Eastern Divan Orchestra, project founded by Daniel Barenboim and Edward Said.

Despite being young, he has been invited as principal horn by the most importants euopean orchestras such as: Berliner Philharmoniker, Staatskapelle Berlin, Münchner Philharmoniker, Rundfunk-Sinfonieorchester Berlin, Komische Oper, Norddeutsches Philharmonie Rostock and the Orchestre de Chambre Caen; in Spain, he has played with the Orquesta Sinfónica de Galicia, Orquesta de la Comunidad Valenciana and Orquesta de Granada. He has worked under the baton of important maestros such as Daniel Barenboim, Claudio Abbado, Zubin Mehta, Gustavo Dudamel, Herbert Blomstedt, Daniel Harding, Simon Rattle, Valery Gergiev, Daniele Gatti, Kirill Petrenko and Ricardo Chailly, to name a few.

As a chamber musician he has performed with musicians as Martha Argerich, Daniel Barenboim, Klauss Thunemann and Radovan Vlatkovic, among others. Also he is part of the wind quintet I solisti della Scala, performing a variety of repertoire with concerts throughout Europe.

As a soloist, he has played with orchestras such as Orquesta Sinfónica del Principado de Asturias at the Bilbao’s Palacio Euskalduna and with the Virtuosi della Scala at the Teatro alla Scala in Milan. He has also played as soloist with Banda Municipal de Barcelona (Festival Emergents 2018) and with orchestras such as Bilkent Symphony Orchestra (as a part of I Solisti della Scala) and Malaga Philharmonic.

Jorge Monte de Fez studied at Oviedo and San Sebastián, where he graduated with honors. He also completed his academic studies at the Escuela de Música Reina Sofía in Madrid; there, he was named “Outstanding Student of the Horn Chair”. After, he joined the Youth Spanish National Orchestra and, soon after, the European Union Youth Orchestra. In 2011 and 2012 he was part of the Academy of the Staatskapelle Berlin, conducted by Daniel Barenboim.