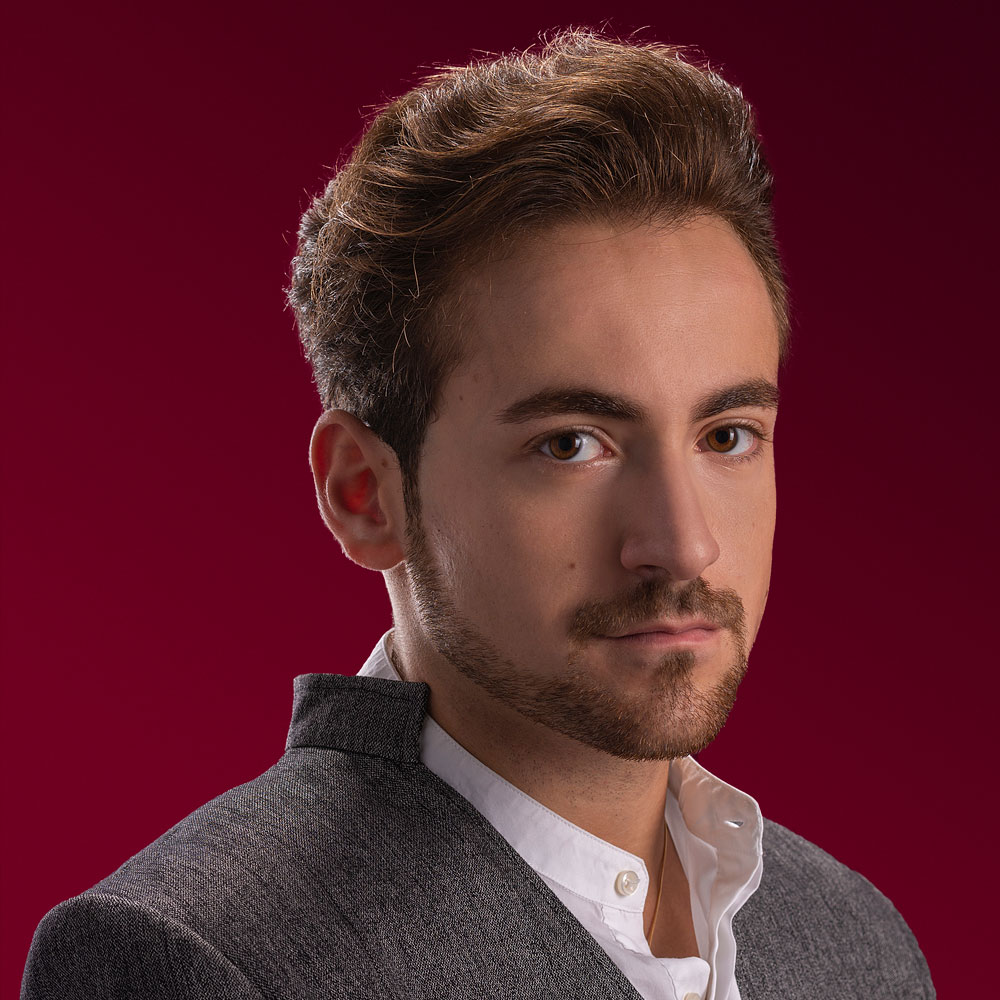 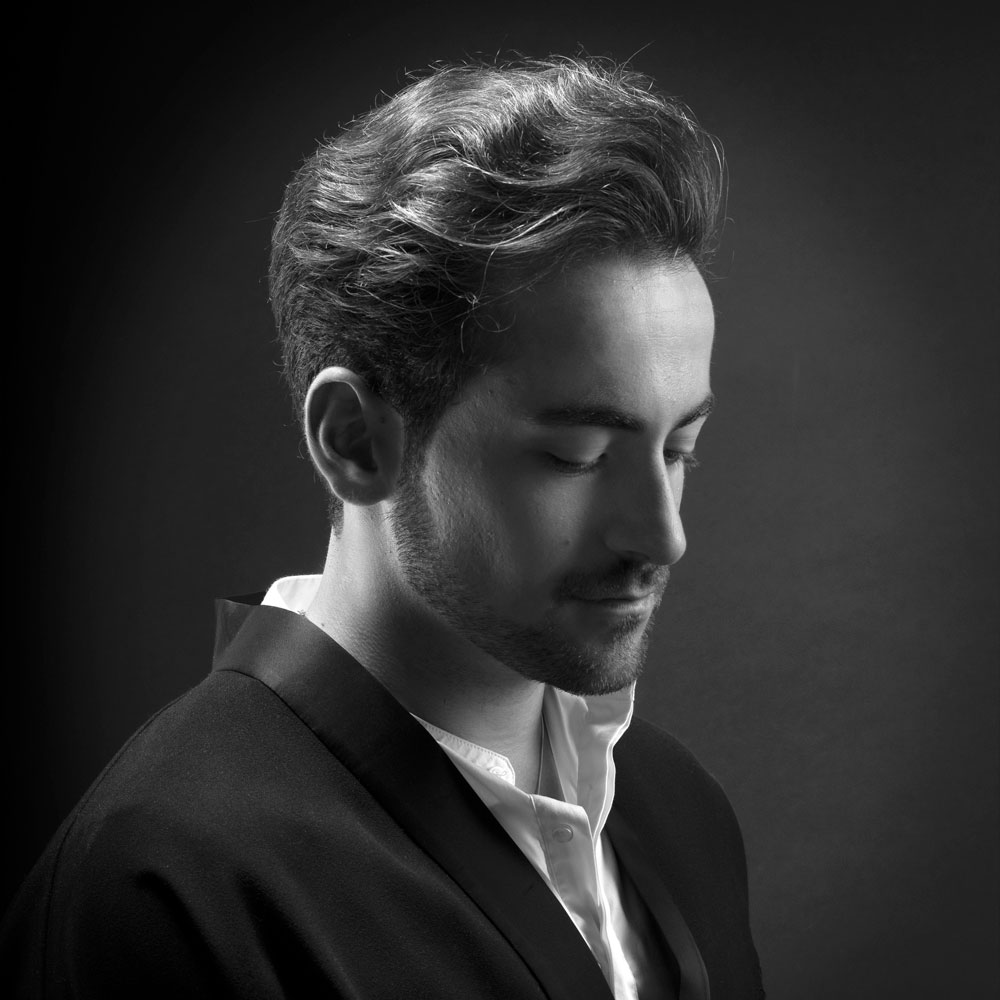 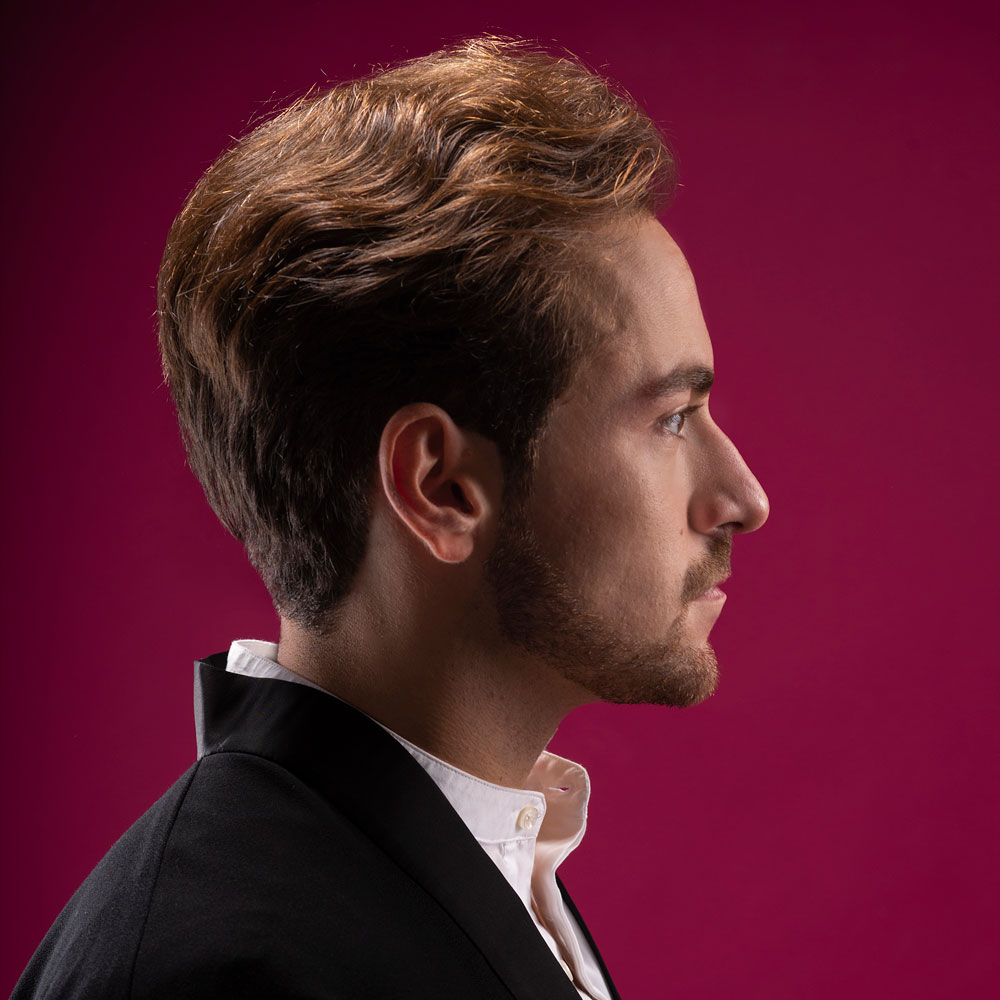 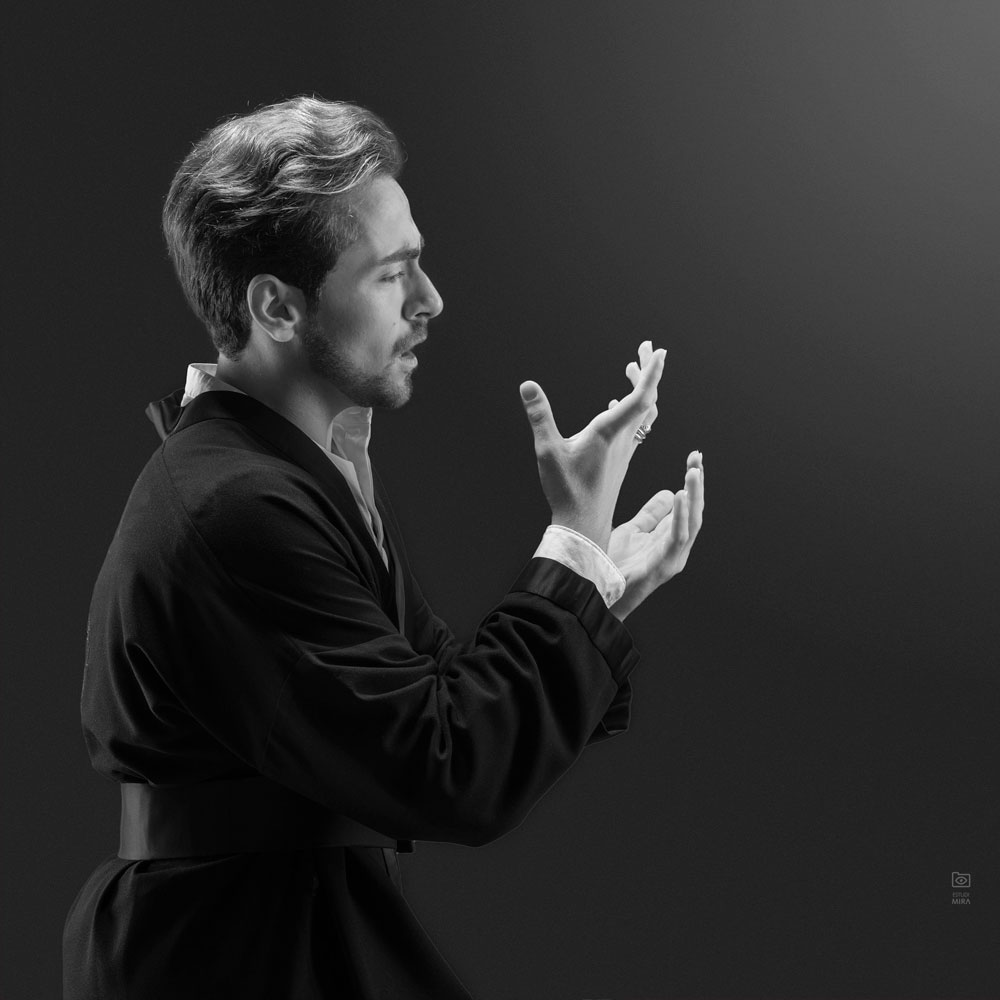 Rafael Quirant was born in Valencia in 1996. He is great-grandson of Carmen Tur, famous soprano from the beginning of 20th Century. He began to sing with 11 years in the Chora School of Vall de Uxó, where he was living.
He studied first with Nereida López and, later, with Ricardo Castelló during 4 years. Later he decided to pursue his university studies and, upon completion, he showed his interest in training in singing. He began to study at “Francesc Penyarroja” Professional Music Conservatory in Vall de Uxó, as a student of Alberto Guardiola. He has recently taken entrance exams at the “Joaquin Rodrigo” Superior Conservatory of Music in Valencia.

He has received advice and masterclasses from Xavier Sabata, Isabel Rey, Carlos Chausson, Robert Expert, Nancy Fabiola Herrera and Miquel Ortega, among others. Great soprano Mariella Devia personally selected him to participate in her Vocal Technique and Interpretation Course, organized by the Association of Friends of the Opera of A Coruña. Later, she distinguished him by granting the scholarship for her Masterclass held in 2021 at Teatro Real in Madrid, in the framework of the courses organized by the OperaStudio of the University of Alcalá de Henares.

He has been a finalist in the National Opera Competition (Albacete, 2019) and Winner of the First Prize in the Competition organized by Juventudes Musicales de España (Madrid, 2021).

Rafael Quirant has worked with artists such as Juan de la Rubia, Nuria Tena, Olga Pitarch, Fuensanta Morcillo, Francesa Sales, Pedro Quiralte, etc. He has been invited to participate in seasons of “Ens trobem a la Vall” or the Peñíscola Early Music Festival where he sang with the Il Dolce Incontro Ensemble. He obtained great success in his participation in the concert “Caballeros en la mar”, held at the Monastery of Uclés.

His operatic repertoire includes roles such as Cherubino from Mozart´s “Le nozze di Figaro”, Griselda from Vivaldi´s “Bajazet”, Rossini´s “Tancredi” or Septimus from Haendel´s “Theodora”. Regarding oratorio, he has sung fragments of cantatas by Bach, from Handel’s Messiah, Pergolesi´s Stabat Mater or the motet “Exsultate jubilate” by Mozart.

As part of the expansion that Marén Artists has recently carried out, we are pleased to announce some incorporations to the opera area that complete the list of great artists…
Read More