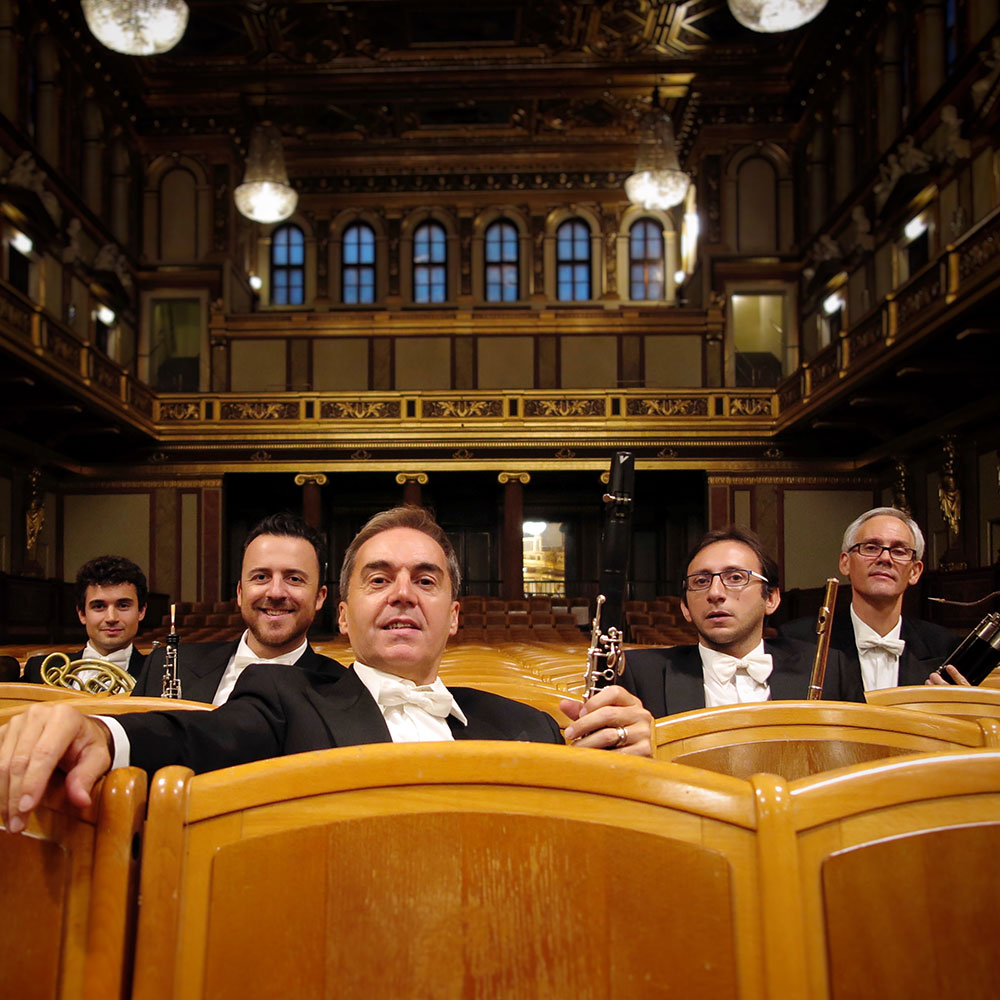 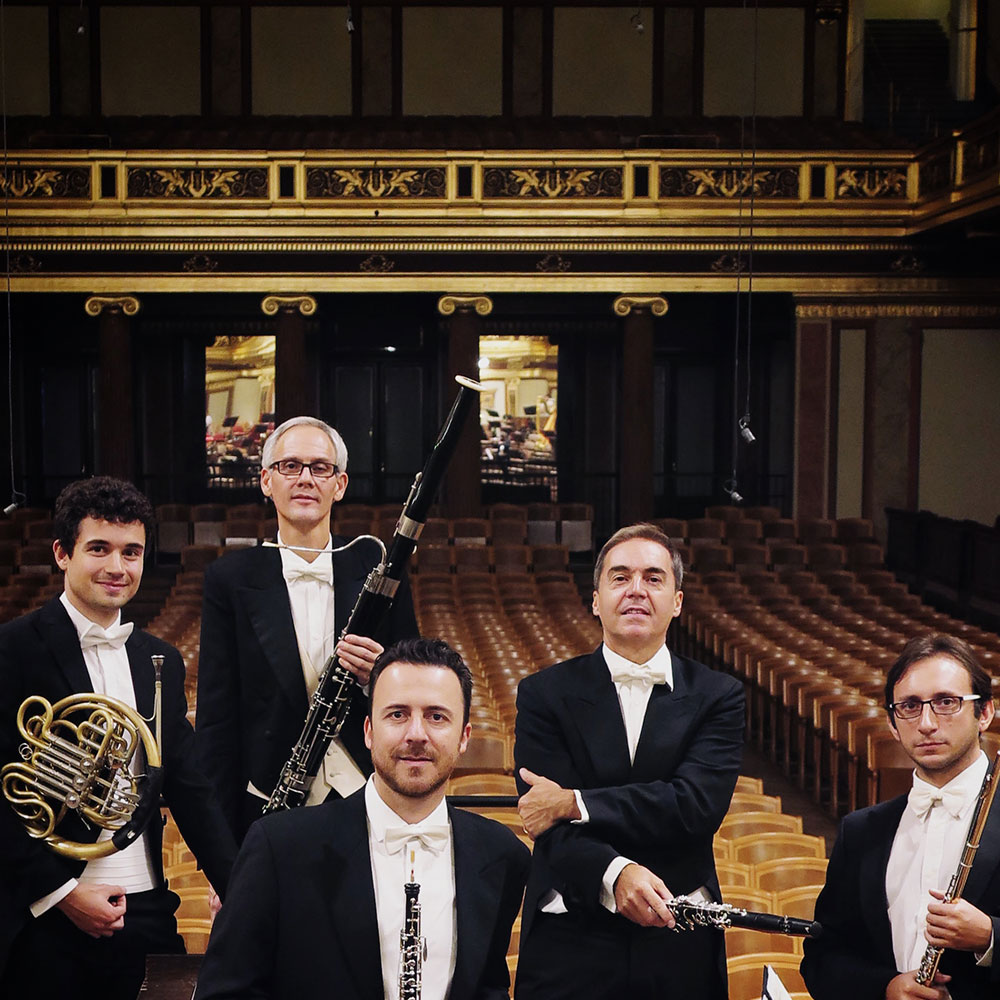 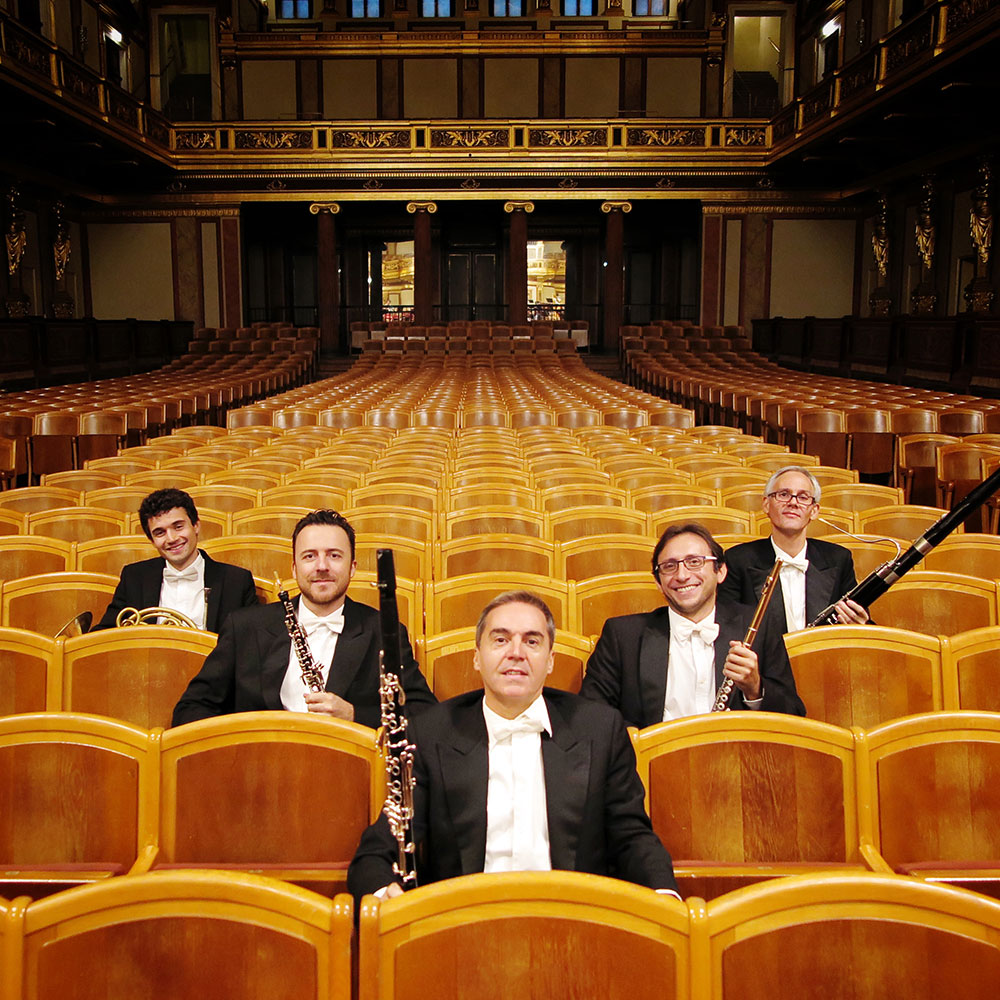 I Solisti della Scala is a chamber music group that was born out of the concerns of a group of musicians of the Orquesta Filarmonica della Scala (Milano). Apart from their busy calendar because of the opera season at the Teatro alla Scala, where they work usually with the best conductors (Riccardo Muti, Daniel Barenboim and Riccardo Chailly has been their last principal conductors), I Solisti della Scala joins in order to play the main repertoire of this ensemble.

Their repertoire is centered in XIX and XX Century, but I Solisti della Scala also prepare a program dedicated to the opera world, with arrangements of the most popular overtures and arias.

The Filarmonica della Scala was first set up by Claudio Abbado and the musicians of La Scala Opera in 1982 with the objetive of developing a symphonic repertoire in order to add a further dimension to La Scala’s great operatic tradition. Carlo Maria Giulini conducted the Orchestra in more than 90 concerts and took it on its first international tours. Riccardo Muti then became the Principal Conductor from 1987 to 2005, helping the orchestra to grow artistically and establishing it as a regular visitor to some of the most prestigious international concert halls. The orchestra has also been able to develop fruitful collaborative relations with some of the greatest conductors of the time: Georges Prêtre, Lorin Maazel, Valery Gergiev, Daniel Barenboim, Semyon Bychkov, Zubin Mehta, Gustavo Dudamel, John Eliot Gardiner, Daniel Harding, etc.

Moreover, Filarmonica della Scala has made numerous recordings for music labels such as Sony, Decca and EMI.